Here you will find feel-good recipes for all food lovers. From scrumptious desserts to savory delights, there is something for everyone. The recipes I share are easy, healthy and indulgent. Join me in my kitchen adventures and sharing love through food!

If you think pizza can claim ownership to the most fabulous combination on earth – crusty dough and melted cheese – think again. In a land wedged against the Black Sea, the love affair of bread & diary has been ongoing for generations.

They call it Khachapuri.

Despite staying in Moscow for one and a half years, I never got around to trying the famous Eurasian dish. It was while I visited Moscow a year or so back, that I got my first taste of Khachapuri, or as others call it, Georgian cheese bread.

I had it again during my jaunt to Minsk and fell in head over heels in love.

What is Georgian Cheese Bread?

A traditional food of the Republic of Georgia, Khachapuri is a flatbread shaped like a boat and filled to the bursting with cheese. Each region of the country has its own favorite iteration of the savory bread. Khachapuri Adjaruli (the one I’ve made) simply eclipses them all.

Typically, the bread uses a mixture of sulguni and imeruli cheese, but the gooey texture of mozzarella and the tart tanginess of feta gets you real close to the conventional version.

How to Make Georgian Cheese Bread?

Making Georgian cheese bread takes a tad bit finesse, but the outcome is more than worth it.

Knead flour and salt with a mixture of tepid water, sugar and yeast. When it starts to come together drizzle in some olive oil to make a soft, supple and elastic dough. Put in a well-oiled container and cover with a damp cloth.

While you wait for the dough to rise (which it will in less than an hour or so if you’re living through the same sweltering heatwave I am), get to creating the cheese filling.

I used cashew ricotta cheese; regular, Amul mozzarella, and some feta I happened to have around. You can use any cheese you have at home. For the ricotta, if you know how to make a homemade one, now is the time to make some.

I added some fresh thyme and purslane from my garden to the cheese. The purslane was sautéed in olive oil for a tad 2-3 minutes, till it wilted just a soupcon.

Those who are new purslane, it’s also called kulfa ka saag. The green leafy succulent grows wildly during summer, and most people mistake it for a weed.

The entire plant is edible – leaves, flowers and all – and filled to the brim with nutrients. It has Vitamins E, C and A. It is rich in dietary fibre. And it has loads of omega-3 fatty acids.

I’ve used it to make cheela, and I love its piquant flavour in dals.

If you don’t have purslane growing in your garden, look for it at your local vegetable vendors.

Variations of the filling:

You can leave the purslane out and add fresh herbs. Spinach works in a pinch. Grilled shredded chicken is a great addition or even cooked minced meat.

Go the traditional way and you don’t need anything other than cheese.

Give soft crumbled paneer a try, too. The only condition is that it has to be freshly made and soft.

Once the dough has risen, punch it a few times and cut it in four pieces. Cover them with a damp cloth again for a few minutes. Roll out each piece and form a canoe shape.

Add in the cheese mixture and slide it in the oven till the sides are beautifully brown and crispy.

Dig in while the Georgian cheese bread is hot but not before the final flourish: hunks of butter.

I made an eggless Georgian cheese bread because neither the daughter nor the mothership delight in it.

But the original recipe of Georgian cheese bread has egg. Five minutes before the bread is done, you take it out, crack an egg and put it back in the oven. You bake it just enough that the white solidifies and the yolk is deliciously runny.

For a completely vegan Georgian cheese bread, use plant-based cheese and butter. You can replace the butter with a drizzle of olive oil, too.

Khachapuri is best savoured straight out of the oven.

You tear off a piece, use it as a spoon to stir the melting pats of butter in the bubbling cheese and then find bliss!

I made four bread boats (for the four souls in my abode) and served with a side of a light salad as a meal. The crust was exquisitely crispy and not one bit soggy – the bane of bread and cheese combos. I think it was because I didn’t overstuff the bread with cheese as our love for cheese comes in moderation.

The deliciously light Georgian cheese bread is excellent as a snack too. It doesn’t leave you with that chunky, heavy feel of overtly cheesy bread.

You can get the 5-minute Cashew Ricotta recipe here. Please check my Everyday Bread post for tips on kneading the bread dough. 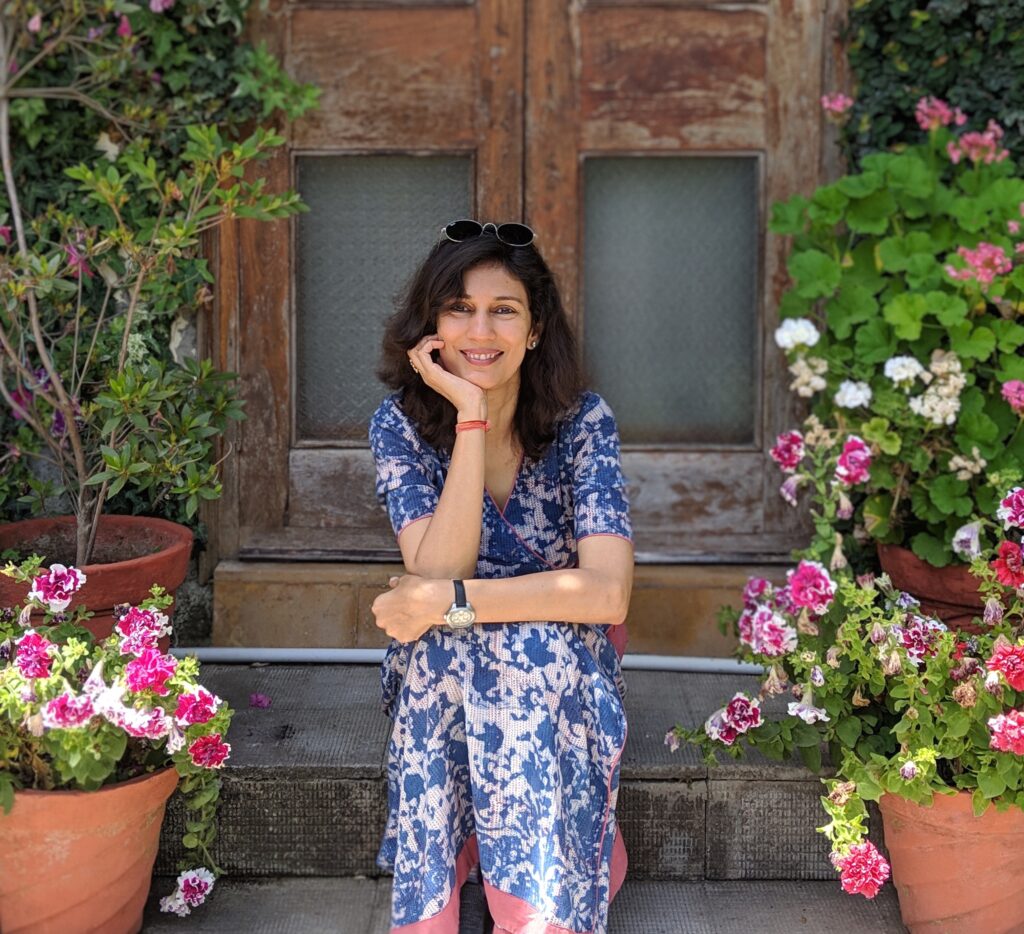